I got out in earnest today and began digging the post holes to fence in the garden and coop.  If ever there was a device worth its cost it is this beastie!  When the ground is dry here it is extremely hard.  When it is wet though, it is pretty easy to get through.  I found that out by trial and error over the past few months and even more so today.  This tool can dig out a 30 inch deep 9 inch wide hole in just a couple of minutes.  I hope to have a third or more of them done by the end of the weekend.

The only issue is that the auger itself can over power the tractor.  My little tractor is 23 horsepower.  It is quite a workhorse but the auger acts like a wine bottle opener.  If the corkscrew gets into the ground it will keep on digging in deeper and deeper completely overwhelming the hydraulics on the tractor’s 3 point hitch.  You know the ground is hard if it can stall out a tractor.  It dug itself into one hole and practically pulled the front tires off the ground.  I have had to get it unstuck a few times and am learning some of the tricks needed to get it free.

The fencing guys who were out earlier this year taught me a trick that I’m going to have to use.  Because the ground is more pliable when wet, they force a power washer gun down into the ground to get it moistened.  Even with the moisture we have had the past couple of weeks the ground is only wet the first few inches below the surface.  The rest is dry like a sandbox.  Getting the sub-soil moistened will hopefully help keep from drilling this thing to China.  There were a couple of instances where it drilled itself into the ground right down to the gear box.  Not such a great thing.  Through some rocking back and forth and other maneuvers it finally broke free.  The manual says to have several replacement sheering bolts handy because if it gets stuck it can snap them off.  Haven’t had that happen yet, but one is a bit bent.  Live and learn.  I am just so grateful that I am not having 1. To pay to have someone do this (the auger has already paid for itself) and 2. Not have to dig these almost 3 foot deep holes by hand!  Once this is done I get to learn how to use a fence stretcher to tension out the fence and nail it to the posts.  Always something going on.

The project after that, as it will still hopefully be winter and the garden won’t be workable for awhile, is to build the second coop in the chicken run.  We debated back and forth today on how to make that happen.  Because this coop will be for raising meat birds it doesn’t need to be nearly as elaborate as the layer’s house.  They don’t roost, they won’t lay eggs so they don’t need nesting boxes and they will only be in the pen for about 5 or 6 weeks.  They need a place to sleep, an automatic door to protect them just like the layers, it doesn’t need electricity or any kind of heated waterers as they will be raised in the spring to early summer.  The expense that was put into the layer coop will likely be put into the processing equipment (kill cones, scalder, plucker, stainless steel tables, freezer and the like).  After all, gotta keep the USDA (or USDUH) happy.  Salmonella is a very bad thing.

The puzzle had to do with the layers in the summer time.  The section of the barn where the new coop will go is also the place where the layers go during the day to escape the sun.  What we came up with is a way to have wide swinging doors that will allow access to that part of the barn, but can also be closed off when the meat birds are in it.  It is a very bad idea to introduce new birds to an existing flock.  It screws up the pecking order and can stress them out (stressed layers stop laying).  So instead of building and fencing in a whole new coop it looks as though we are going to be able to do it all in one place.  A very nice thing as I wasn’t really too keen on paying for a whole 2nd coop set up.

Here are some pictures of the beginning of the fencing project and a couple of cute signs we put up on the barn itself (The one below the window is hard to read.  It says, “Rooster Brand Coffee”  The rooster is exclaiming, “WAKE THE HELL UP!”)   At least one of the roosters today was trying to get his cockadoodledo on.  It was pretty humorous.  It sounded like a teenager who’s voice is beginning to change.  We will likely have roosters joining the chorus of roosters to the north and south of us very soon.  Some people hate that sound, I think it is “wonderful”.  The girls are all having their little skirmishes trying to establish their pecking order.  They have also turned out to be BIG food wasters.  I filled one feeder yesterday with about 25 lbs of feed and they had flicked most of it out onto the ground by the end of the day today.  They call it “billing out”.  They peck into the food and when they do, a bunch of it gets thrown out onto the ground.  Oh well, I guess if they run out when I’m not here they can just scratch and peck it off of the barn floor!

PS:  May some sanity finally prevail in Washington.  These children shouldn’t be governing.  I’m getting too old and burned out to keep having to do financial planning via crisis management.  I refuse to melt down again because of having to defend people against criminals.  Selling chicken eggs is starting to look better and better all the time!!! 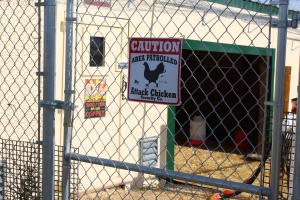 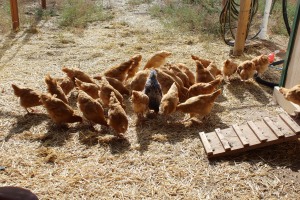 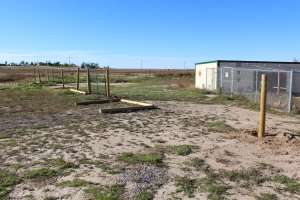 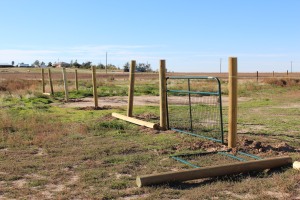 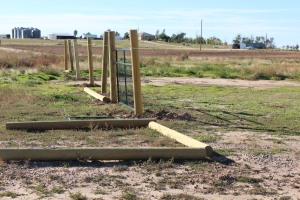