With entertaining the mother and my sister in for a few days along with all the other farm duties, its been awhile.  We have had the worst gardening year in the 15 years we’ve been at this.  We had a horrific drought and the temperatures climbed in the 90’s and 100’s right out of the shoot.  The drip irrigations did their thing but because it was so dry the plants just respired the moisture into the air.  We had a few stand outs but we got completely skunked in many other areas.  Once we got a reprieve in the temperatures and the plants looked like we might eek out a harvest, we got hit with a major hail storm.  Done.  Oh well, I’ve got ideas in store for next year.  If you can’t keep looking forward, you should NOT be a farmer.

So the last post I put up showed the initial stages of making my first set of kitchen towels.  While I don’t have a picture of them all cut and hemmed, this is what they looked like fresh off the loom (Makes ya want to come over and do our dishes!):

My second experiment after having my weaving class end was a set of placemats, table runner and napkins.  I learned a lot but I think they turned out pretty nice.  Slowly starting to understand what happens on the loom when threaded for different patterns.  I am having a lot of fun with it.  Bathroom hand towels are up next. 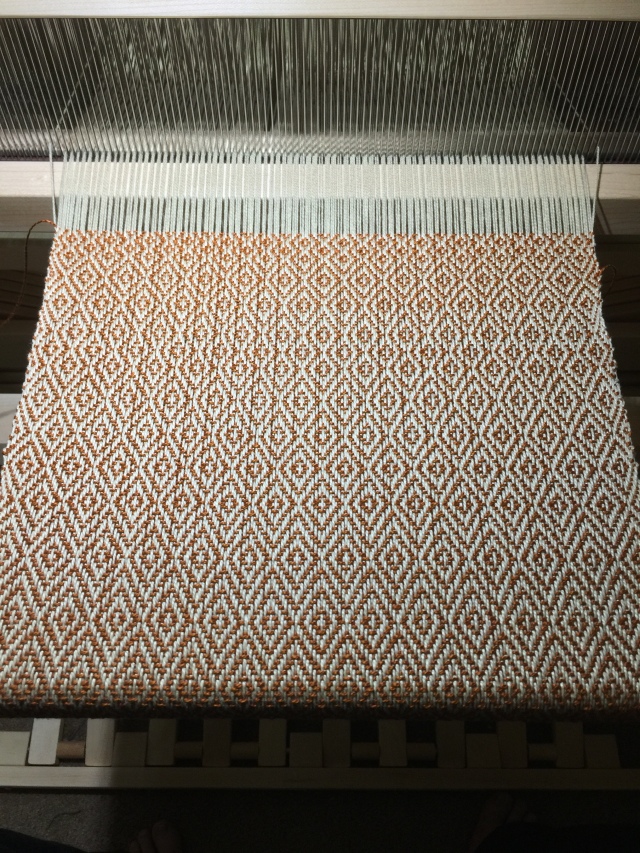 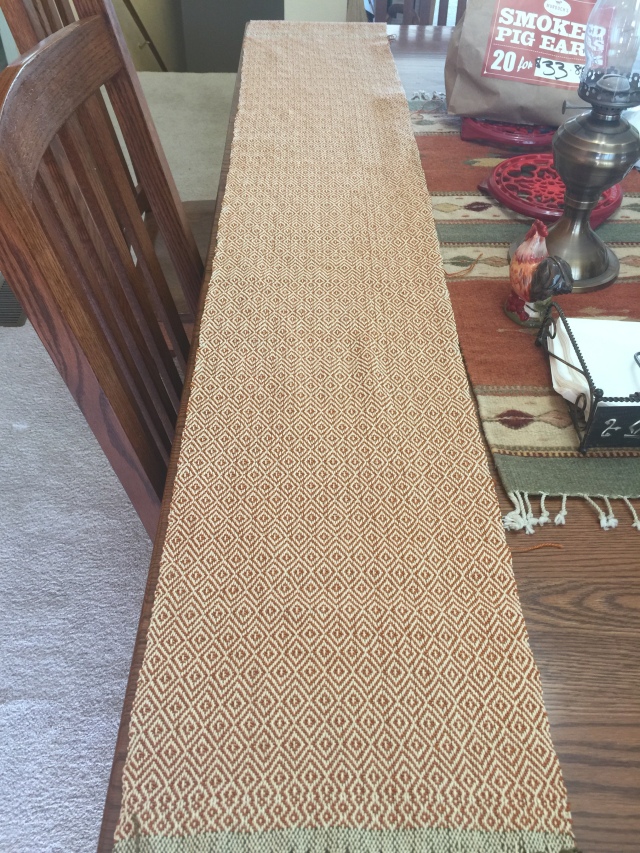 I also had a chance to get over to the yarn store and pick up some cotton yarn for the Christmas project I’m going to attempt.  It is a type of pattern called “Overshot”.  My loom is an 8 shaft set up and so far I have only used four.  This next one will use all 8 and will be pretty involved.  Its a table runner and placemat and napkin set.  If I can find a picture I’ll post it later, otherwise I’ll put it up when its completed if I’m not too embarrassed to show it!  But these are the colors of course: