The Tractor Supply store FINALLY got my bottom plow in this week.  I took Marvin the trailer up to Greeley to pick it up (Marvin is a utility trailer I use to haul my telescope around and it has Marvin the Martian characters on the sides – it always fetches a few stares).

I had verified online that it would fit a category 1 hitch but when I saw the thing I was very worried that I had made a terrible mistake.  The blade is huge and I was thinking that my hitch wouldn’t be able to lift it high enough off of the ground to maneuver.  This tractor has a “limited” category 1 hitch.  I had to do some Googling to find out what that actually means.  Indeed, it means that it won’t lift as high off of the ground as a standard category 1 hitch, so I guess I had reason to be worried – That and I’ve never had one of these beasties before so it is all sorta new.

I heave-hoed the plow out of Marvin without it landing on my toes.  Then I stood there and stared…..”now what?”  How does one hook one of these things up?  It weighs 250 pounds, you don’t just (unless you are me) lift it up and put it into place.  So after figuring out how to disconnect the roto-tiller from the tractor I backed the thing up and thats exactly what I did.  Voila! It fit and it works!!  I also figured out how to hook it up so next time it doesn’t cost me more vertebrae (before all the women jump all over this – NO it didn’t come with instructions – and yes, I do ask for directions when I am lost.)

I took it out onto the muddy front acreage (its been raining for 3 days) lowered it in and it sliced through the dirt like it was melted butter!  What a great tool!  I am very curious to look up some of the evolution of the blade design.  It rolls the soil over in a similar shape as a wave cresting over that surfers ride.  I can’t, however, imagine being out in the scorching heat and humidity trying to control an ox or a mule whilst trying to keep this thing going in the right direction.  One has to stand in awe of how we have developed over the centuries and how some of our machines were invented.  I am no Luddite.  I think things like this are amazing.  I just wish we, as the alleged most intelligent creature on the planet, would learn a bit more moderation.  My plow is one blade.  The guy leasing the back 30 from me has the same type of blade shape but there are a dozen of them and it is over 10 feet wide!

We decided this week that even though we are hoping to have the farm up and producing in the spring of 2014 that we ought to be trying as much as possible to get the soil up to snuff and start raising some crops for future chicken feed and litter.   We decided to plant about a third of an acre of black bush beans, a 1/4 acre of sunflowers and another 1/4 acre of feed corn (non-GMO on all counts of course!)  It will all be dry farmed as I don’t have the irrigation equipment out to it yet.

This was another milestone  for us that created a contrast between our JAZ Urban Farm and the Homestead.  At the urban farm I used to just order the traditional seed packets one sees at the nursery.  This time, I ordered the bean and corn seed by the pound!  After we till up the garden area we will be using push along seeders to plant so that we don’t spend our lives on hands and knees placing one seed at at time.  Ours will be an “Earthway” seeder.  It has a hopper where you place the seed and several plates that go into it that let seed through of specific size and places them the prescribed distance from one another.  It digs the trench for the seed, deposits the seed and covers the seed with soil!  Genius!  Brilliant!

Legumes (beans) fix nitrogen in the soil through their roots.  When they have run their course and dried, we will harvest the beans and then turn them over into the soil.  Once tilled in then we are going to plant clover over the whole area to be tilled in in the spring.  These “green” manures should help build some tilth and get some nitrogen into the ground.

The sunflowers and corn will provide us with some chicken feed in addition to the store bought stuff.  The stalks can then all be run through our chipper to make litter.  That litter will eventually end up as compost, thus completing the nutrient cycle.  As we are also hoping to keep a few bee colonies, these will also give the bees something to feed from.  In addition, we are going to cover up some pretty harsh areas on the property with a multitude of water efficient Russian Sage plants.  Those things are bee magnets!

So even though there was snow at the Eisenhower Tunnel yesterday (11,000 ft) it appears that the Front Range of Colorado is finally done with snow for awhile!

Here is the latest evolution: 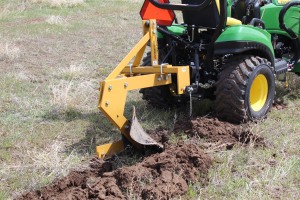 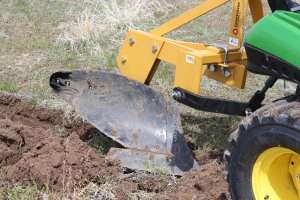 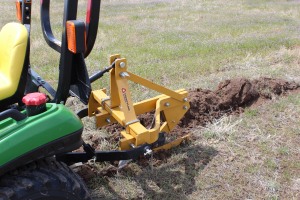