Because of all of the potential for a food disaster in the mid-west due to all of the flooding, the grumpy farmer has heeded that warning.  My sleep schedule usually follows the sun these days.  Rarely am I up past nine, and usually awaken around 4 am.  Laying there this morning, I started thinking about what this spring flooding (which NOAA says is just getting started) will mean nationally.  Bottom line, meat, bread, eggs and Doritos are going to be rarer and more expensive.  Keep in mind that Smithfield Foods, that was one of the largest pork producers in the country, is now owned by the Chinese.  If pork, in this example, becomes more expensive to produce, that company will likely supply its own country of ownership first.  After all, the Chinese don’t have any pretense of following the fallacy that we have of some kind of “Free Market” System.  One article I read referenced our Secretary of Agriculture who said that up to a million calves could already have been lost in Nebraska.  Meat will never be cheaper than it is right now.  Go buy it, freeze it, smoke it, can it or Jerky it.

Because of this, I started shopping for oinkers on- line, on my iPad, at 5 am on a Sunday morning.  By 7:30 I had a response and have secured 3 pigs to be picked up in about two weeks.  Piglets get weaned from their mothers at around 8 weeks so they have a couple weeks to go.  We will get our usual two that will go off to freezer camp in the early fall, and we are spending a little more money to get a show quality female to keep as farm pet and breeder stock.  We had one previously, but I couldn’t handle her because of my back injury.  Now that we have some more infrastructure, and I’m back to living horizontally, we are going to likely try to breed her later in the fall when she is full grown.  Pigs take 115 days to give birth so it stands to reason that we will have piglets next spring!

As long as we can get corn, some feed, and the produce and bread scraps we get from a food bank, we will be able to stay meat sufficient.  We can produce pork at a fraction of the cost of the grocery store, it’s organic, anti-biotic free, and it’s non-GM feed.  Besides!  Piggies is cute! 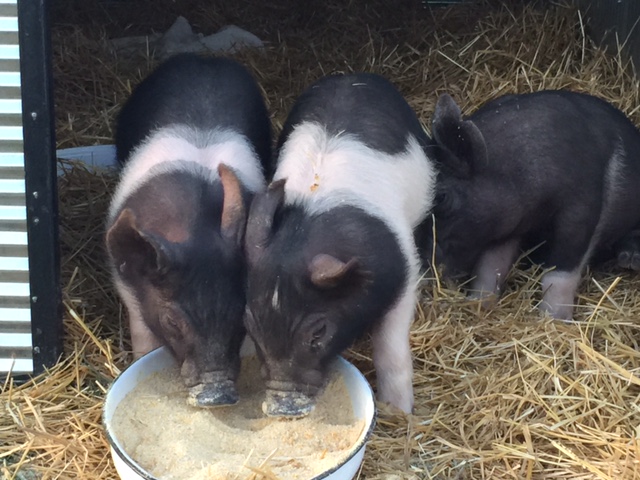 The incubator is up and running.  We are cooking up some turkey babies.  We will candle the eggs next weekend to check to see if Mr. Tom is doing his job correctly.  Whichever eggs show themselves to be fertile should arrive as fluff balls in 28 days. 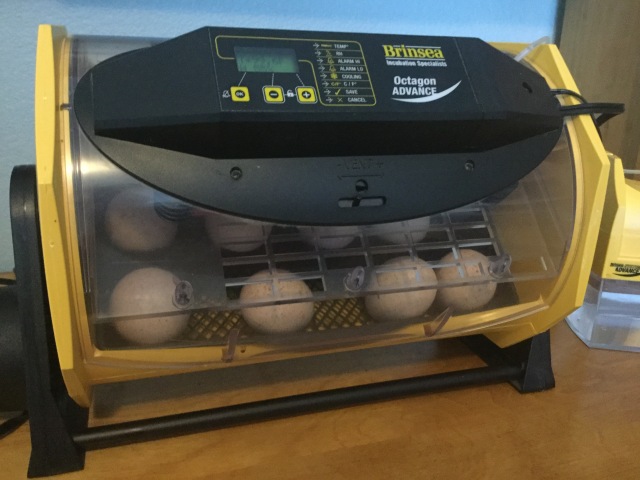 Between planting, animals, brooding out this year’s chickens, finishing the hail covers for the gardens, the impending visit from Zina’s brother and his wife, teaching gardening classes at a nursery near our old house, and trying to finish a weaving project, things have been anything but dull.  When people are on retreat, don’t they usually just sit and stare at a Lotus flower?  I think I’m not doing this correctly.

Behold!  The grumpy farmer man teaching the city peoples how to grow food for the Zombiepocalypse! 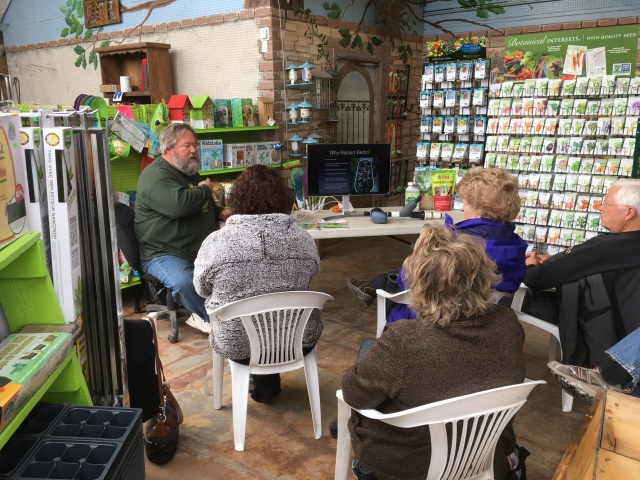 3 comments on “The Piggie Count Down Has Commenced! Turkey Babies Are Cooking.”